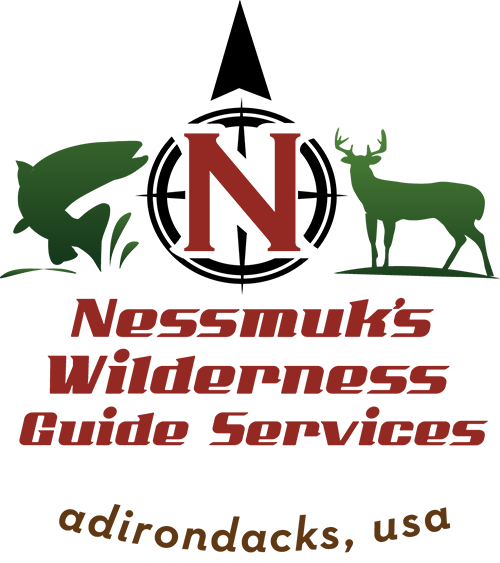 The Story of Nessmuk

A little bit about Nessmuk’s Wilderness Guide Services, I named my guide service as an homage to a fellow Pennsylvanian, sportsman, adventurer, poet and author from the 1800’s, named George Washington Sears aka ‘Nessmuk’ (his self appointed “Native American” pen name used to correspond with the magazines of the time). He is the not so widely known, ‘Godfather of the Adirondacks’. Without Nessmuk and his chronicled observations in the north country wilderness, the Adirondack Wilderness Park may have never come about!

Later in his life, Nessmuk came north to the lakes and mountains of the Adirondacks. He was ill of health and hoped to re-find his constitution in the ‘natural living’, wild beauty and healthy adventure of the Adirondack region. As he hunted, fished, paddled and camped, he co-mingled with the guides, the native americans and the trappers in the region. He journaled his experiences and sent his writings back as a free lance writer. They were published as ‘articles’ by ‘Forest and Stream’ magazine. In these articles, he wrote of the pressures that the fish and game were getting from the ‘sports’ that came up from the cities to be guided for hunting and fishing. He wrote in his observations that some form of regulation would be necessary to conserve the natural resources for the future.

Teddy Roosevelt was the governor of New York at the time. He was an avid outdoorsman, a conservationist and an apparent reader of ‘Forest and Stream‘. Roosevelt understood the implications of Sears’ observations and the necessity of laws to regulate the taking of fish and game in an effort to conserve and preserve the wild resources. Roosevelt was moved to create what is now known as ‘The Blue Line’- the Adirondack Wilderness Park boundary that contains 6 million acres of the first protected wilderness area in the country. Roosevelt created the first hunting and fishing licenses, laws and regulations within the boundaries of the park to regulate the hunting and fishing pressures. As President of the United States, Roosevelt later went on to create Yellowstone and Yosemite National Parks under the same political models. (ADK Trivia: Yellowstone, Yosemite and the Grand Canyon can all fit inside the boundaries of the Adirondack Wilderness Park!)

Lastly, Nessmuk is known for his canoe paddling exploits through the chains and portages of the many lakes and remote ponds in the north country as he traveled about. He was good friends and a collaborator with the most famous Adirondack canoe builder, J. Henry Rushton. Together they collaborated on several boat designs. The last one was so small, “was like paddling a lily pad”! It was just 10.5 lbs! It was called the “Sairy Gamp” and can be found today in the Adirondack Museum in Blue Mountain Lake.

“We do not go to the green woods and crystal waters to rough it, we go to smooth it.”– Nessmuk About Your Adirondack Guide

Scott is a passionate outdoorsman and has been hunting and fishing his entire life. Scott discovered the Adirondacks over 25 years ago. He has been visiting the Adirondacks to hunt, fish and ski ever since. He relocated full time in 2010 and he has been a New York State licensed Adirondack guide for 5 years. He is as patient as he is enthusiastic about sharing his passions with his clients. If you have any questions at all just call him up and have a chat.

Scott grew up in central Pennsylvania. He spent most of his youth in the field and on the water. He fished for small mouth bass and catfish on the Susquehanna River (not to far from Bob Clouser’s home and shop in Middletown, Pennsylvania). He learned to fly fish on the Yellow Breeches Creek, The Letort, Stony Creek and Clark’s Creek. He also spent a lot of time hunting and fishing in North Central Pennsylvania in the counties of Centre, Tioga, Potter and Lycoming. There he fished the waters of Penn’s Creek, Spring Creek, Pine Creek, Slate Run, Cedar Run and the Loyalsock River to name just a few.

Scott is an alumnus of Penn State University, a former U.S. Army paratrooper, a former professional ski patroller and a former ski tour operator and ski guide. He has lived and worked in Italy, France (he also speaks French), Colorado, New Hampshire and New York. He currently lives in the woods of Jay, NY (just outside of Lake Placid, NY) with his wife Jami (She also hunts, fishes, skis and golfs…and all of his friends agree she may be the best deer tracker in the Adirondacks!), their daughter Finnley and their 2 bird dogs Tucker and Remington.